One of the contestants, named Sayali Kamble, won over the judges’ hearts with her rendition of Asha Bhosle song Aao Na Gale Lagao Na. She even became the first contestant to earn entry into the final stages of the theatre round by winning a golden mic. Neha handed Sayali the golden mic and even blessed her.

With her beautiful, deep voice, Sayli will take your breath away! Just #83HoursToGo for your mausam to be awesome, with #IndianIdol2020, begins on 28th Nov 8 PM, Sat-Sun only on Sony TV

Singing reality show ‘Indian Idol 12’ kick-started on Saturday with one of the participating contestants winning a golden mic with her beautiful performance. 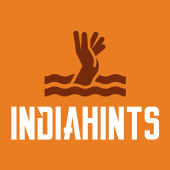